The Diary of a Hounslow Girl by Ambreen Razia was initially commissioned by Ovalhouse Theatre in 2015. It is a coming of age comedy about a British Pakistani teenager growing up in Hounslow, and having to deal with the conflicting cultural tensions from her Pakistani Muslim roots and London youth culture. Sophie directed this initial performance at Ovalhouse, and then went on to redevelop and direct a remount of the production in 2016 for Black Theatre Live. The production toured nationally with BTL to 19 venues. The piece was a finalist for Best Stage Production at The Asian Media Awards in 2016, where Ambreen Razia also won Best Newcomer. In 2017 performed by Nyla Levy, the show re-toured with House Theatre (to 13 venues) in the Spring, and performed at Southbank Centre in the Summer. 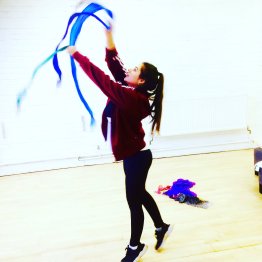